Bob has 40 years experience in roles ranging from deputy section commander in a specialist infantry unit, to operations director of a UK/Canadian digital services telecommunications company during the late 1980s. He served for 10 years as a special constable, receiving a divisional commander’s commendation. He has spent the last 21 years working in cross-sector contexts with psychologically distressed groups, including those affected by acquired brain injury, ‘schizophrenia’, personality ‘disorders’ and sexual violence. His professional experience has given him a diverse range of knowledge and skills, which he is currently applying to the creation of a new service concept using a digital strategy to support male survivors of sexual violence. 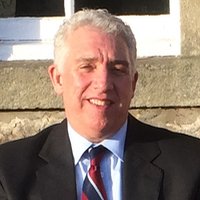 Over the last 16 years, Bob has commissioned and co-authored academic papers, articles and reports looking at the service needs of sexual violence victim-survivors. He ran the largest UK gathering of male survivors (48 men), for a weekend retreat in 2004, in partnership with Mike Lew. Mike is regarded as one of the world’s leading thinkers on male survivor theraputic interventions. He has designed full day conferences in partnership with Rape Crisis services to explore areas of joint interest – including, in 2012, emerging awareness of ACE research from the USA.

Bob is a survivor of sexual violence, experienced between the ages of 6 and 14, and also of the ‘looked after’ care system of North Wales in the early to late 1970s. Bob acted as an expert advisor to the Department of Health’s (2006) exploration of sexual violence service best practice, including its routine disclosure pilot. He is an honorary teacher-supervisor at the University of Liverpool’s Department of Clinical Psychology and has recently co-authored a paper for the British Journal of Social Work (in press July 2017) that explores co-production with survivors of sexual violence.

Page load link
We use cookies on our website to give you the most relevant experience by remembering your preferences and repeat visits. By clicking “Accept”, you consent to the use of ALL the cookies.
Cookie settingsACCEPTCookie PolicyREJECT
Manage consent

This website uses cookies to improve your experience while you navigate through the website. Out of these, the cookies that are categorized as necessary are stored on your browser as they are essential for the working of basic functionalities of the website. We also use third-party cookies that help us analyze and understand how you use this website. These cookies will be stored in your browser only with your consent. You also have the option to opt-out of these cookies. But opting out of some of these cookies may affect your browsing experience.
Necessary Always Enabled
Necessary cookies are absolutely essential for the website to function properly. This category only includes cookies that ensures basic functionalities and security features of the website. These cookies do not store any personal information.
Non-necessary
Any cookies that may not be particularly necessary for the website to function and is used specifically to collect user personal data via analytics, ads, other embedded contents are termed as non-necessary cookies. It is mandatory to procure user consent prior to running these cookies on your website.
SAVE & ACCEPT
Go to Top